Answering the top offseason fantasy questions for all 32 NFL teams

Can JuJu regain his 2018 form? Is Dwayne Haskins a franchise QB? Will Hollywood Brown take the next step? NFL Nation reporters weigh in.

Who changed, who stayed put: Coordinators for all 32 NFL teams

Did you know Jack Del Rio is Washington's defensive coordinator? If not, don't fret. NFL Nation has you covered on the league's coaching moves.

No rest for 'grieving' 49ers as attention turns to offseason

One of the effects of playing in the Super Bowl means less offseason preparation time -- not that the 49ers mind that particular trade-off.

Can the Cowboys really not keep Dak? Barnwell predicts moves for all 16 NFC teams

How can the Cowboys retain Dak, Amari and their other free agents? Well, it's not that easy. Let's make moves for the NFC.

The 49ers signed DL Ethan Westbrooks to their offseason roster. Westbrooks spent five years with Rams and had 9 sacks in 67 games.

32 NFL players who could use a fresh start this offseason, from QBs to injured stars

Sometimes you just need to go somewhere new. For high-priced QBs such as Derek Carr, Cam Newton and Nick Foles, playing for a new team in 2020 could make a lot of sense.

Just because the 49ers aren't rebuilding doesn't mean they don't have a challenging offseason ahead of them, as there are several decisions to make. 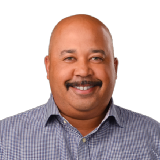 How's this for the Amateur leaderboard at Pebble Beach? Larry Fitzgerald has a 1 shot lead over Steve Young and a 2 shot lead over Justin Verlander and Kelly Slater. Sunday can't get here fast enough!!

Phil Mickelson's short game just can't let poor Steve Young have any glory. They've got a great chance to win going into Sunday one shot back!

Why 49ers believe they can bounce back from Super Bowl disappointment

The Super Bowl hangover is a real thing, but the 49ers think they have the formula to avoid the fate of many Super Bowl losers.

Having had time to dissect the 49ers' loss in Super Bowl LIV, coach Kyle Shanahan said he has no regrets about how he called and managed the game and insisted the ensuing criticism won't affect him.

92% of respondents to a new Seton Hall Sports poll (compared to 98% when the question was last posed in 2016) who said they watched the Super Bowl said they did so on TV & 8% opted for phones, tablets, computers or multiple screens. 65% said the game was the most enjoyable part of the telecast, 19% said the halftime show & 12% said the commercials — 33% of non-whites cited the halftime show & 14% of whites did. 37% said they were bothered by there being political ads (for Trump & Bloomberg).

Raheem Mostert is returning Damien Williams' jersey to the Chiefs running back after Williams expressed second thoughts about the pair's jersey exchange.

A new home for Todd Gurley? How badly do you want Tua Tagovailoa? Who will be the QB when the Raiders open in Las Vegas? NFL Nation reporters make their bold predictions for the 2020 offseason.

Despite pain, Niners play it back for closure, fuel

Most of the 49ers players on Wednesday couldn't help but offer further thoughts on the pain of coughing up a 10-point lead in the final eight minutes of the Super Bowl.

Bomani doesn't take too much pleasure in being right most times, but in the case of Jimmy Garoppolo he does (1:56). He shares why the 49ers were a "casualty of progress" and covers Jay-Z's interview in the New York Times about his involvement with the NFL as well as problematic Super Bowl commercials (15:19). Plus, the role LeBron James played Friday night as Staples Center remembered Kobe Bryant (27:22), an IYHH including fare evasion in NYC's subway system (34:09) and a midseason version of #HesStillInTheLeague (45:05).

What happens to the Super Bowl gear for the losing team?

The 49ers lost Super Bowl LIV, but there was gear ready for the players and the fans in case they won -- what happens to it now?

The Chiefs converted a fourth-and-1 near the goal line at the Super Bowl thanks to some pre-snap spins and a direct snap to Damien Williams.

Adams beat 49ers CB Richard Sherman on a play in the NFC title game that Chiefs WR Sammy Watkins took note of and used when it mattered most.