The Giants made Alyssa Nakken the first female coach on an MLB staff Thursday. She will be in uniform, will travel, throw batting practice and hit fungoes, manager Gabe Kapler said.

Check out updates for teams in Florida and Arizona for spring training, including the defending champion Nationals.

Six guys who could all end up in the Hall of Fame. Ranking them? Brutal.

Friday was the deadline for teams and arbitration-eligible players to agree on salaries or exchange desired numbers for 2020. Recapping a hectic day of contract decisions.

With the big wave of winter moves settling down, we stack up the rosters as spring training approaches.

From superstars to fading prospects, here's who could be on the move this year.

The Phillies have hired Bobby Meacham as an assistant coach and Greg Brodzinski as bullpen catcher/catching coach to complete manager Joe Girardi's staff.

BBTN: How The Gerrit Cole Deal Affects The Rest Of Baseball

In what will likely be the final podcast of the decade, Buster welcomes Tyler Kepner of The New York Times to talk about the Yankees' potential for next season, the latest research on the baseball and MLB's investigation into the Astros. Then, The Boston Globe's Alex Speier discusses how the Gerrit Cole signing impacts Boston's rebuilding process (30:26). Plus, Hembo evaluates the NL East (30:26) and Rena Banena makes her return (38:45).

Beltre and Scherzer? Yeah, those worked out. Pujols and Chris Davis? Yikes. These are the moves that made or broke your team.

Shortstop Didi Gregorius finalized his one-year, $14 million contract with the Phillies on Friday.

Aaron Boone on Didi Gregorius "Wherever he ends up, teams are lucky to have him because he's a really good player." Boone praised how Didi handled stepping into Jeter's shoes: "To be able to, in a market like New York, where you're replacing a guy like Derek Jeter, to not have that define him or even to some degree affect his play over the long haul. To be able to become the player that he did in New York, I think speaks to the kind of character and who he is as a competitor, as a person."

Philly banks on a bounce back, San Francisco places upside bets and watch out for an Angels club making room on the payroll. 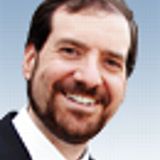 Didi Gregorius leaves the Bronx and will reunite with his former manager Joe Girardi in Philly on a 1-year deal. Sir Didi had been a popular Yankee — known among fans for his emoji-saturated postgame recaps on Twitter — despite having the impossible task of replacing franchise icon Derek Jeter at shortstop. But with a crowded infield — and money earmarked for, ahem, a starting pitching upgrade — the Yanks didn't make Gregorius a qualifying offer.

The Phillies have reached agreement with former Yankees shortstop Didi Gregorius on a one-year deal, a source confirmed to ESPN's Buster Olney. The deal is for $14 million, NBC Sports Philadelphia reported. 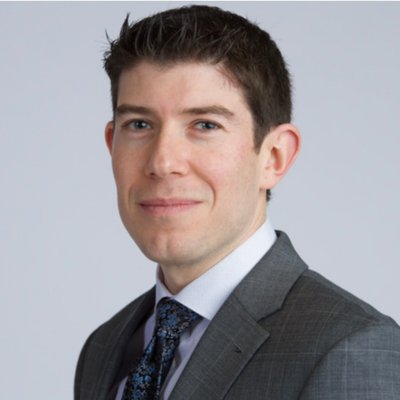 Shortstop Didi Gregorius is in agreement with the Philadelphia Phillies on a deal, as @Joelsherman1 reported. There was plenty of interest in Gregorius, but the Phillies landed him instead of pursuing an infielder in the trade market.

BBTN: Stephen Strasburg Mega-Deal And The Latest From The MLB Winter Meetings

Buster and Hembo analyze Stephen Strasburg's 7-year/$245M deal and how it impacts the free agency of Anthony Rendon and Gerrit Cole. Then, ESPN's Clinton Yates (and Nationals homer) offers his own reaction to the signing before discussing the trade market for Kris Bryant and why it's important for baseball's sake that Madison Bumgarner remain with the Giants (12:55). Plus, the St. Louis Post-Dispatch's Derrick Goold on the Cardinals' offseason plans (22:37) and...does Scott Boras deserve a spot in Cooperstown?

New Phillies skipper Joe Girardi managed the Yankees in 2017, when the Bombers lost to the Astros in the ALCS. What did he think when he heard Houston is being investigated for illegally stealing signs that season? "I wasn't shocked," Girardi said. "We had put in a lot of things to try to combat certain things. You know, word gets around." Still, he added: "I thought we did a pretty good job of combating it. I don't know how great of a job we did, but I thought we did a pretty great job."

The Phillies and right-hander Zack Wheeler finalized their $118 million, five-year contract Monday. "I think you're going to have a 1 and a 1A with him and Nola," first-year Phillies manager Joe Giradi said after the deal was announced.

BBTN: The Latest From The MLB Winter Meetings

With the MLB winter meetings underway in San Diego, Buster welcomes ESPN's Alden Gonzalez (20:51) and Jesse Rogers (31:51) to discuss the latest in the Gerrit Cole sweepstakes, landing spots for Anthony Rendon, the trade markets for Kris Bryant and Wilson Contreras and more. Plus, Tim Kurkjian on last night's Hall of Fame inductions and Sarah Langs with her take on the changes coming to Mets ownership (11:02).

Philadelphia handed out $118 million for a pitcher who could help catch a Braves team that also reinforced its rotation.

Hoping for a busy week of moves in San Diego? So are we. Here are some deals that would get everyone talking.